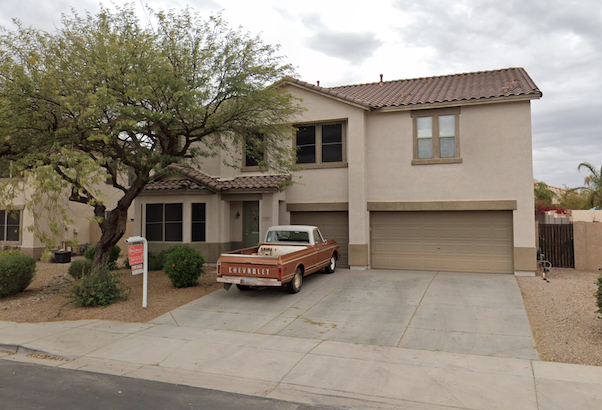 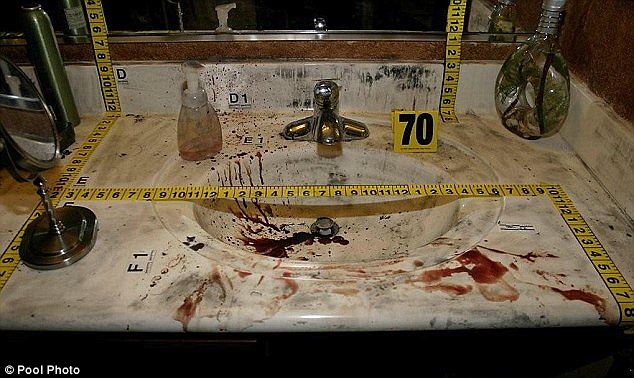 Blood covered the sink in the master bathroom where Jodi had brutally murdered Travis. 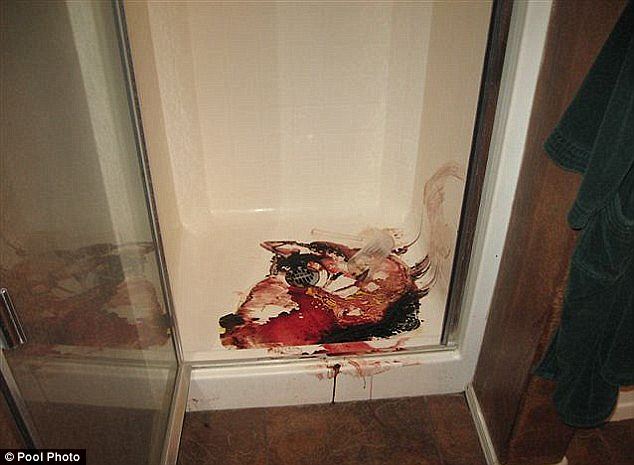 The shower where Travis Alexander was found days after the murder. 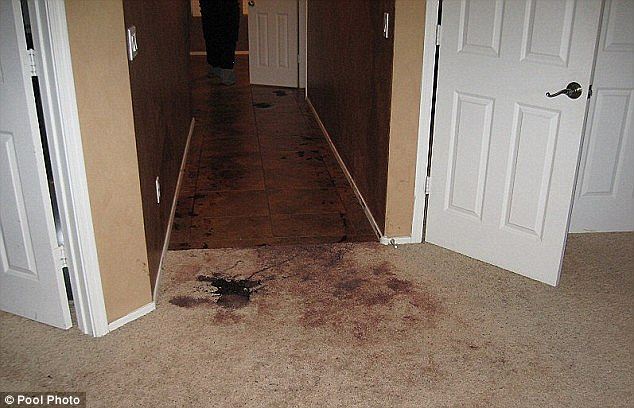 More blood in the entrance to the master suite. This blood prompted his roommates to call 911. 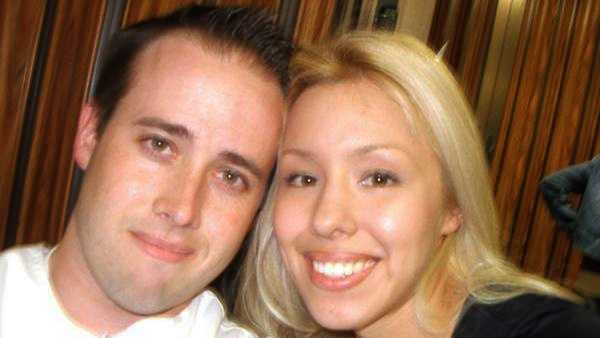 When Travis Alexander was killed on June 4, 2008, it was the definition of overkill. While he was in the shower, he was stabbed 27 times, his throat was slit and he was shot in the head. Two years earlier he met Jodi Arias at a convention for the MLM that they were both involved in. They started dating and eventually Jodi decided to convert to Mormonism, Travis’ religion, to be with him. They broke up a year later in June of 2007, but continued to meet up for sex.

In June 2008, Jodi went on a road trip up to Salt Lake City. Along the way, she stopped at Travis Alexander’s home in Mesa, AZ for an impromptu visit. One week later, Travis’ roommates found him dead in his bathroom. They had thought he went on a trip, but did notice a foul odor coming from his room during the time. Upon entering the master bedroom, they found pools of blood and found Travis’ bloody body in the shower.

Jodi was convicted of first degree murder in 2013. It was found that over the course of a two minute long attack, Jodi stabbed Travis 27-29 times, slit his throat, and shot him in the head. Travis Alexander was 30 years old at the time of his death. Jodi Arias was sentenced to life in prison without the possibility of parole.

The house is located in Mesa, AZ, about 15 minutes east of the Phoenix-Mesa Gateway Airport in the Mountain Ranch neighborhood. All of the homes in the neighborhood look similar, so keep an eye out for the two-story home that has the “11428” address marker near the front door. The home is located on the north side of E Queensborough Ave.

This location is a private residence so please be respectful of the current occupants and do not attempt to interact with them or any neighbors. Make sure to stay on public streets and walkways and never go on private property. 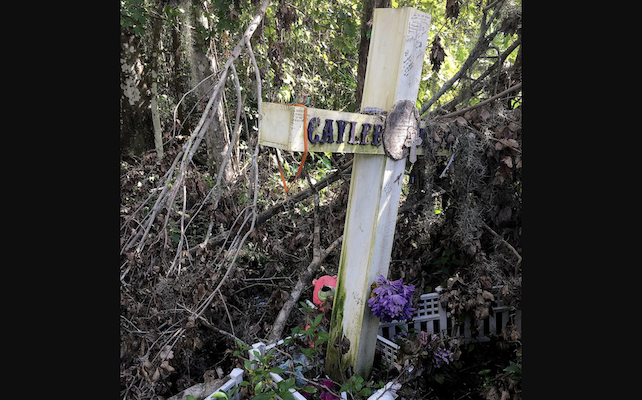 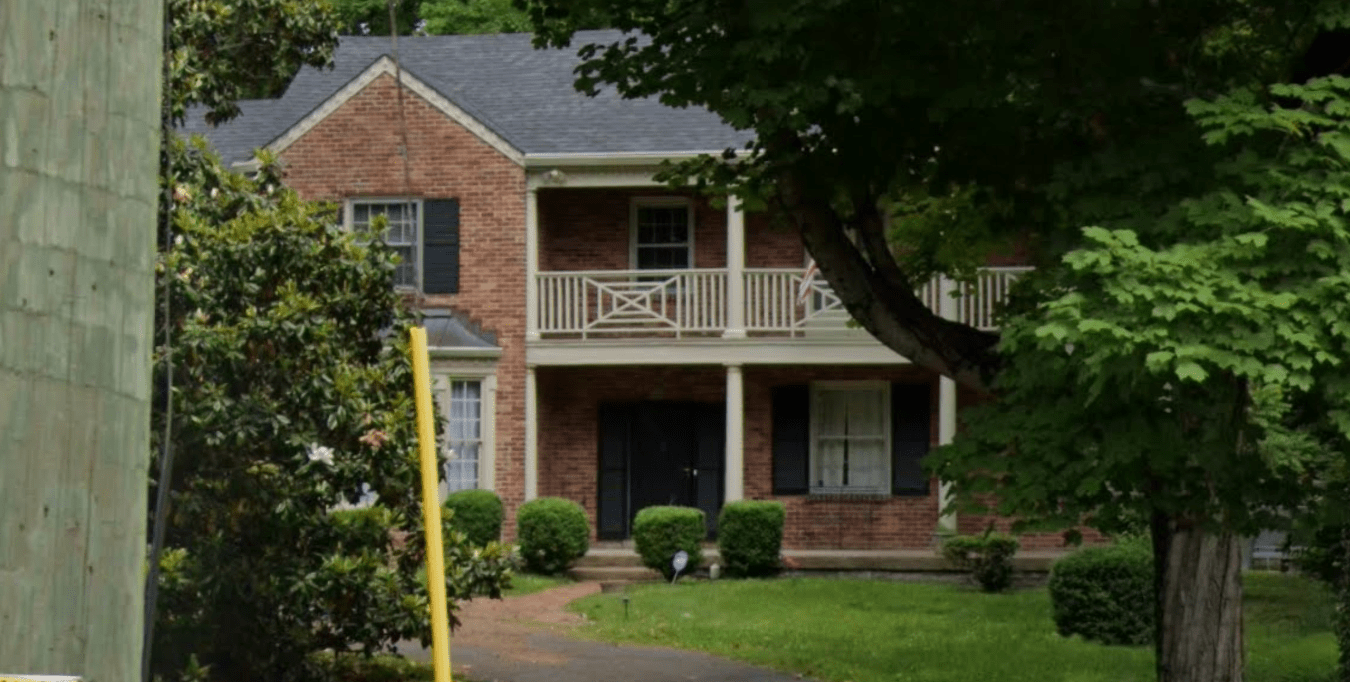 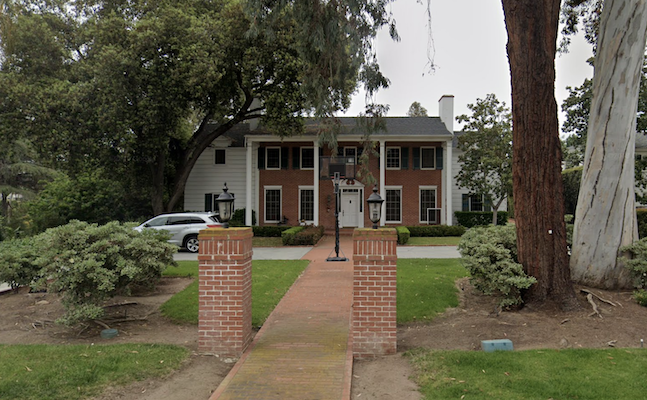