The view from the bridge where Charlie Howard was thrown over. 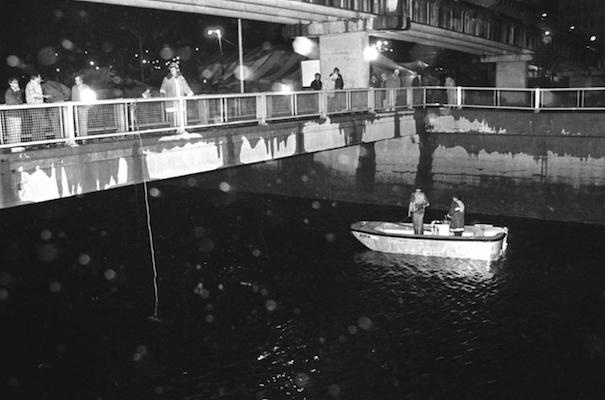 Authorities search for Charlie's body below the bridge 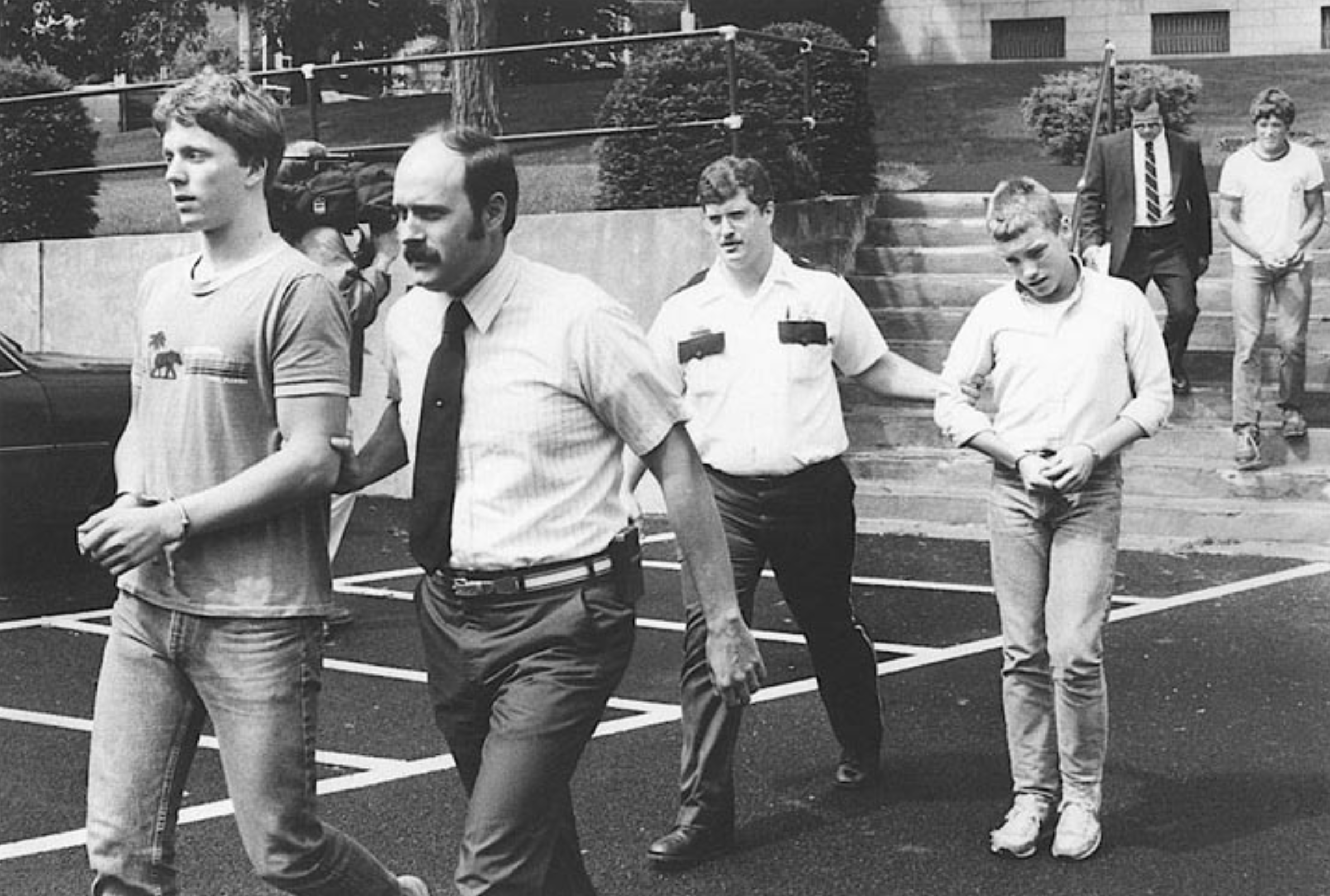 The three teens in custody after the murder 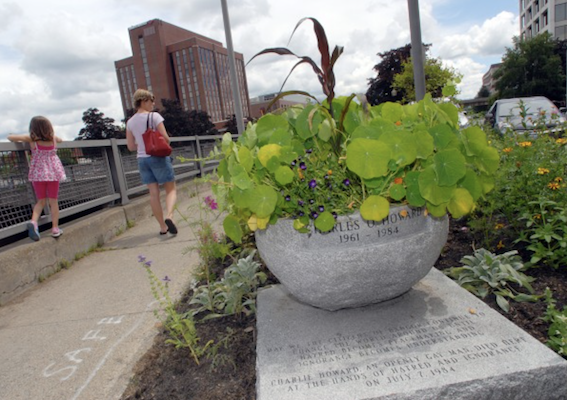 The memorial for Charlie Howard near the bridge where he was murdered. 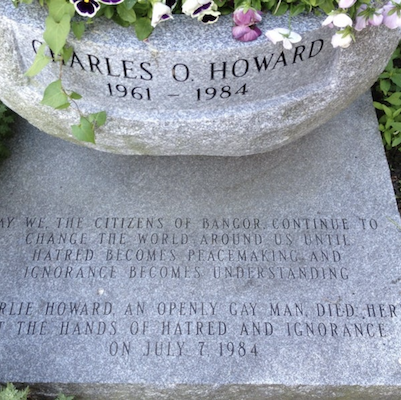 The inscription on the memorial. 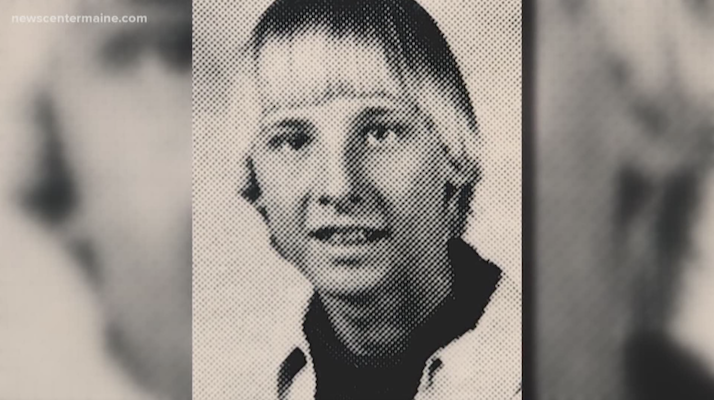 On July 7, 1984, at around 10pm, twenty-three year old Charlie Howard was leaving a potluck in Bangor, Maine with his boyfriend Roy Ogden. The two were walking along State Street towards the bridge that crossed the Kenduskeag River when a car full of 5 teenagers slowed down next to them. The teens began harassing the men for being gay, and the three male teenagers, Shawn Mabry, Jim Baines, and Daniel Ness, got out of the car and began to chase Charlie and Roy.

Charlie fell while crossing the bridge, and could not catch his breath because he suffered from Asthma. Roy was able to get further away, but stopped to watch what was happening. The teens beat Charlie while he was on the ground, and eventually lifted him over the railing. Charlie pleaded for his life, telling the boys that he could not swim and to let him live. Eventually they pried his fingers off of the railing and threw him over.

Roy was able to get away and pulled a fire alarm on State Street. Authorities came to the scene quickly, but Charlie’s lifeless body wasn’t found until 1am. The teens, unaware that they had just killed a man, bragged about the encounter at a party they were at later that night. The next day, when they found out what had happened, one of the boys turned himself in and the other two were arrested at their homes. The boys were tried as juveniles and none of them served more than two years in custody for the murder.

This event was the inspiration for the opening scene in Stephen King’s IT, where teens throw a gay man over the State Street Bridge and the evil clown Pennywise murders the man in the river.

The State Street bridge is located directly in the center of town in Bangor, Maine. There is a memorial for Charlie Howard on the bridge, featuring a large stone flower pot and inscription that reads “May we, the citizens of Bangor, continue to change the world around us until hatred becomes peacemaking and ignorance becomes understanding. Charlie Howard, an openly gay man, died here at the hands of hatred and ignorance on July 7, 1984.”