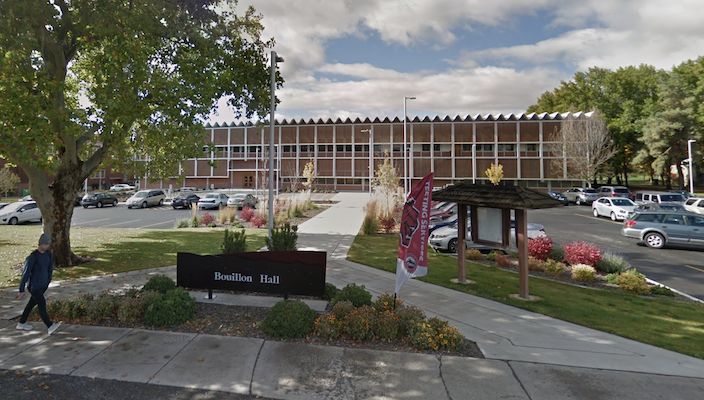 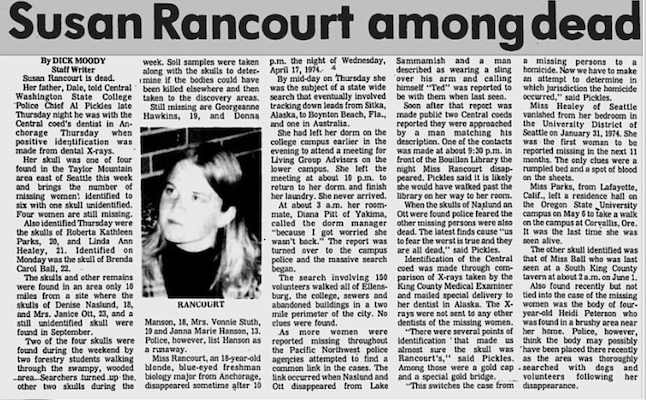 An article about the disappearance of Susan Rancourt 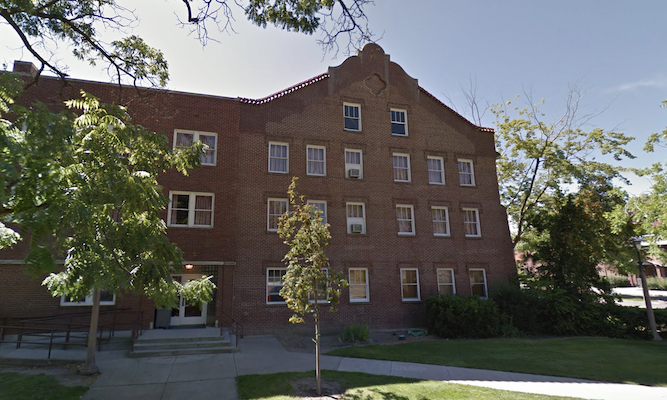 Munson Hall, where Susan Rancourt had her campus meeting.

During the late evening hours of April 17th, 1974, serial killer Ted Bundy was hunting for his next victim outside of Bouillon Library on the Central Washington University campus. He had one arm in a sling, and was carrying a stack of books. He approached several female students asking for them to assist him in carrying the books to his car, but had been unsuccessful in luring one close enough to his tan VW Beetle for him to incapacitate and abduct them. A little after 10pm, Susan Rancourt, an 18-year-old Biology student from Anchorage, was leaving a campus meeting and was on her way back to her dorm room across campus. Being a helpful and empathetic young woman, she agreed to carry Bundy’s books to his car for him. While she was placing the books inside his car, Bundy likely struck Rancourt over the head with a crowbar, knocking her unconscious, and put her body into the car.

Because Bundy had unsuccessfully asked several other students for help with the books, the authorities had a basic description of Ted Bundy and his car. A statewide search was kicked off for Rancourt and her abductor, but no further evidence was found and over the next few weeks the story faded from the headlines. Almost a year later, Rancourt’s skull was discovered with the remains of several other victims on Taylor Mountain, just east of Seattle.

At the time of Susan Rancourt’s abduction, Ted Bundy had already killed at least 2 other university Students - Lynda Ann Healy (21) and Donna Gail Mason (19). Unfortunately, the authorities had not yet linked these cases and did not know that they were hunting a serial killer who was targeting young college students.

In 2012, a newly built Barto Hall on Central Washington University’s campus was dedicated to Susan Rancourt.

Bouillion Library is now Bouillion Hall, and is located on the south side of the campus. Munson Hall, where Susan Rancourt had her campus meeting, is located just south-east of the library. The newly built Barto Residence Hall is located just north of E 11th St. 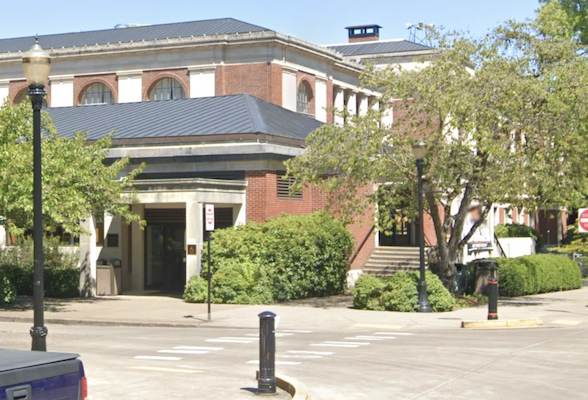 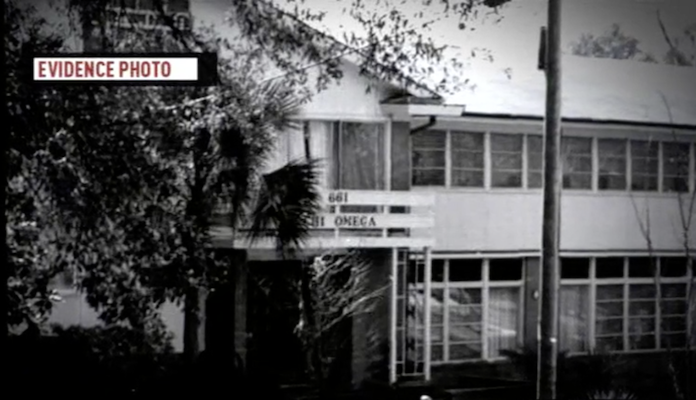 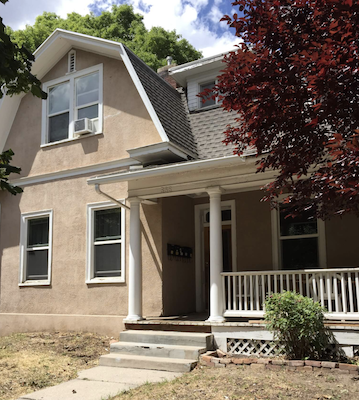