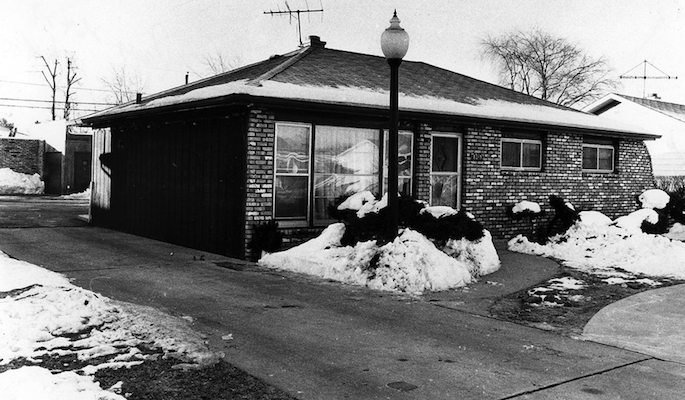 John Wayne Gacy kept the bodies of at least 30 of his victims under the floorboards of this house. 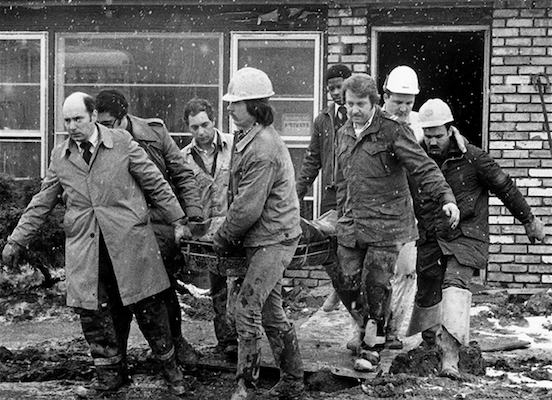 Workers removed dozens of bodies from the home. 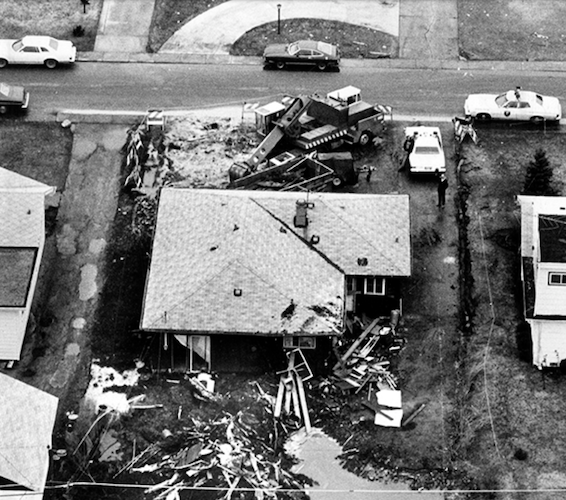 Due to the massive amount of excavation that had to be done to recover the bodies, the home was destroyed. 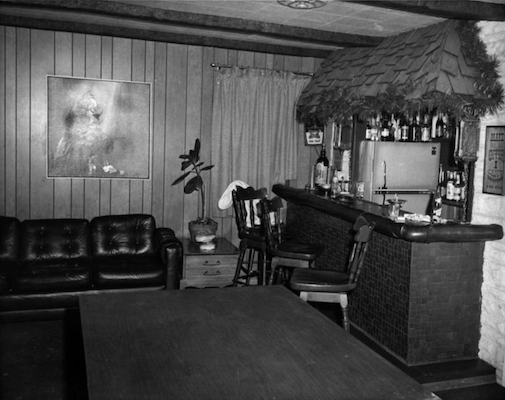 The tiki-style bar that Gacy had in his house. 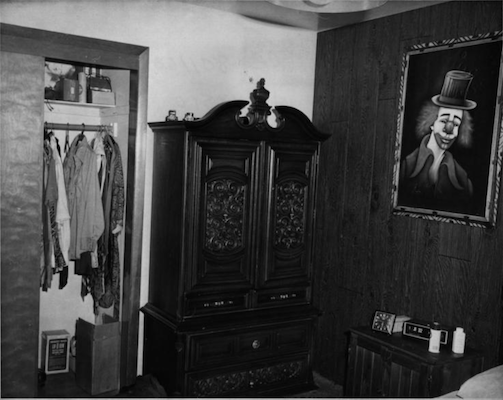 Gacy's bedroom which showcased some of his prized clown artwork. 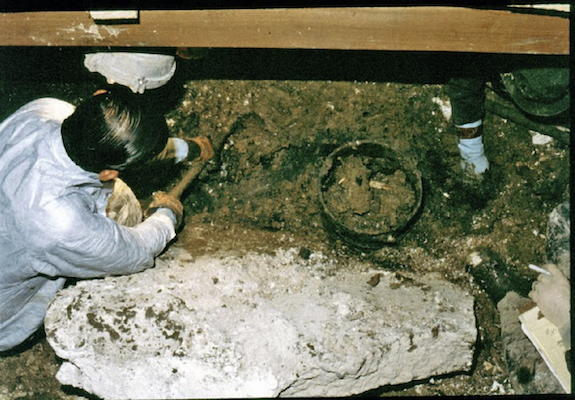 A worker excavates part of the crawl space under the Gacy home. 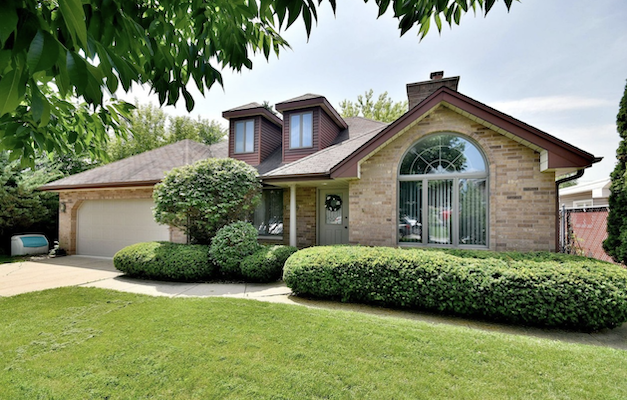 The home now located at 8215 Summerdale Ave, the address changed to make the lot less recognizable. 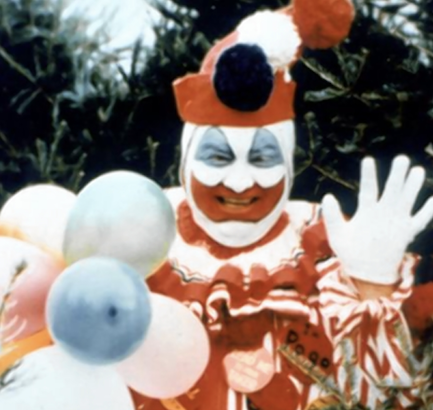 John Wayne Gacy (March 17, 1942 – May 10, 1994) was an American serial killer and sex offender known as the Killer Clown who assaulted and murdered at least 33 young men and boys. Gacy regularly performed at children's hospitals and charitable events as "Pogo the Clown" or "Patches the Clown", personas he had devised. He was also active in his local community as a Democratic Party precinct captain and building contractor.

According to Gacy, all of his murders were committed inside his ranch house near Norridge, a village in Norwood Park Township, metropolitan Chicago, Illinois. Typically, he would lure a victim to his home, dupe him into donning handcuffs on the pretext of demonstrating a magic trick, then rape and torture his captive before killing him by either asphyxiation or strangulation with a garrote. Twenty-six victims were buried in the crawl space of his home, and three others were buried elsewhere on his property. Four were discarded in the Des Plaines River.

Gacy was convicted of the sodomy of a teenage boy in Waterloo, Iowa in 1968 and was sentenced to 10 years' imprisonment, but served 18 months. He murdered his first victim in 1972, had murdered twice more by the end of 1975, and at least 30 subsequent victims were killed after his divorce from his second wife in 1976. The investigation into the disappearance of Des Plaines teenager Robert Piest led to Gacy's arrest on December 21, 1978.

His conviction for 33 murders was the most by one individual in United States history at the time. Gacy was sentenced to death on March 13, 1980. On death row at Menard Correctional Center, he spent much of his time painting. He was executed by lethal injection at Stateville Correctional Center on May 10, 1994.

I specialize in Lead Generation and Local Marketing for Home Renovation Companies and contractors just like morbidtourism.com

I noticed a few mistakes and some big opportunities in the way Google and Google Maps are ranking your webpage.

I would be glad to help you fix for free.

If interested reply back and lets set up a time to chat and see how I can help.

I would love to work with your company. 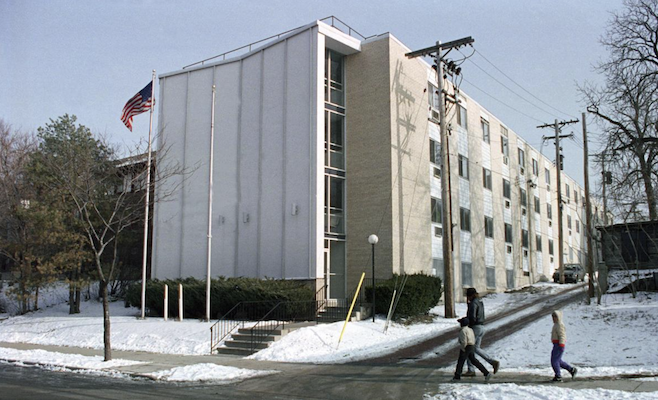 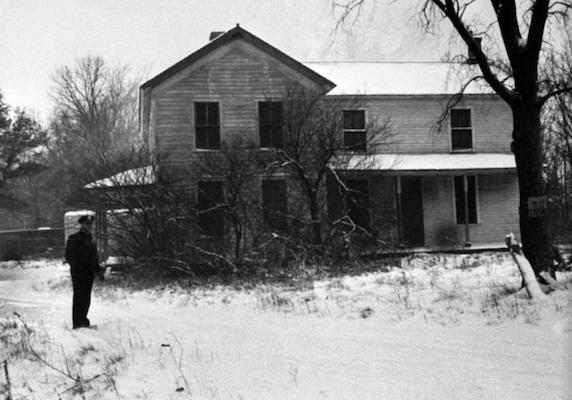